Wow, these have been three crazy months! You’ve probably have been wondering where I have gone? I know the blog went quiet for a period, but for a good reason. My husband and I have moved through another stage of adulting, and we’re still adjusting to it.

Yearning for a New Home

For some time, we’ve been saving up to buy a house. We were living in an apartment and were sick of it. Plus, we wanted a bigger place. It took us a while to get approved for a home loan, but when we finally were, we got on the ball to start looking. Not only that, but our apartment lease was ending this summer, and we didn’t want to renew. 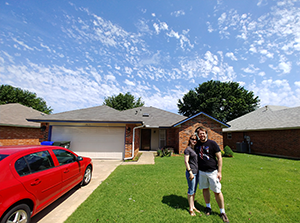 Surprisingly, looking and finding a house went relatively quick for us. Our realtor was helpful and knowledgeable with what to look for in our search. It wasn’t long before we found one we liked.

So, while I was at work one Sunday afternoon, my husband called to inform me that we should put an offer on the house we liked fast. The reason why was because he heard from our realtor that there were two other offers on the house. We discussed the details and decided to go for it. He called back shortly and told me we got it. My response was “holy shit; we just bought a house.” He thought the same thing. We were homeowners now.

Getting Through the Paperwork and Moving

Since we bought the house, we had to go through the process of obtaining it. There was so much paperwork we had to do. Most of the documents were time sensitive so as soon as we saw it, we had to sign it and email or bring it back to the correct party as quickly as possible. I was so glad when the closing day came and were official homeowners.

So, in the meantime, we had to start thinking about moving. We tried to plan it, so we had a little over a month to move. We thought this would be plenty of time. Unfortunately, due to outside stuff happening, we had to cram moving into a weekend while I was working. Let’s say the stress levels were high. Moving, in general, isn’t fun. Thankfully we had help from friends and family with the big stuff so that we could grab the smaller stuff later. 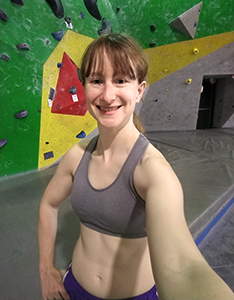 After settling in, we’ve been trying to get back into a routine and organize the house to our liking. It’s been tough having to do so and work during this process. Plus, finding the time to breathe without going nuts was a must.

As you could probably tell, my climbing routine was thrown out the window during this time. Coming back was rough. I thought the first session was pathetic. I was weak and winded after warming up on the routes. Thankfully my body and brain remembered how to climb, but I had a long way to go until I was back to where I was.

Meanwhile, at work, I was finding sponsors for the 20th anniversary of the Norman Bouldering Competition we were hosting at Climb UP. Long story short, the NBC began in 1998 and is one of the longest running community bouldering competitions in the USA. It started in the garages, attics, and backyards on homemade climbing walls in Norman. The event was a big deal. It took work, but I managed to bring some good companies and items to raffle off.

I will admit, the day of the comp was bittersweet for me. It was good because I got to work the competition and watch. However, because I was working until it ended, I didn’t get to compete. I did feel a little jealous but tried to have fun. I focused on social media and helped with tallying up competitors scores for awards. Near the end of the event, I did get a shout out from Aaron, my boss for my work in helping bring in sponsors and raffle prizes. That made me feel good.

What am I Doing Now?

Things have slowed down since we moved into our home. We’ve unpacked, and stuff is in its place. Now, we’re just adding items and decorating the house more. However, at the same time, we have more responsibilities to handle with owning a house.

When it comes to my climbing and training routines, I’m trying to keep them. As I’ve mentioned in previous articles, my work schedule moves around so having consistency isn’t possible, but it’s getting a little bit better.

Luckily, I have an office in the house. One of my upcoming projects is adding a fingerboard to one of the walls. Having it will help me build finger and arm strength. In the future, I plan on creating a climbing wall in my office so that I can train there too. I think that would be a cool DIY project.

Whew, as I said earlier, these have been three crazy months. My goal is to get back into blogging more often and keep you updated with what I’m doing. I hope I can keep it up. Wish me luck and until next time, happy bouldering!