Climbing a Different Kind of Route

Hey friends and family! It's been a minute since I've been here. These past weeks have taken me on a different path to something I wasn't expecting, but it will be an exciting change.

If you haven't already heard, I was promoted to assistant general manager at Summit Norman recently. The AGM is a relatively new position that Summit created shortly after reopening back in May. It's a hybrid of the front desk, administrative, events, and retail duties into one role. Summit OKC was hiring an AGM a few months ago, so I thought, "why not? What do I have to lose?"

After the interviews, my boss told me that it was close, but the other person got the job. I wasn't sad about it. She was the better choice. However, he said if the current AGM stepped down, I would be the perfect fit. 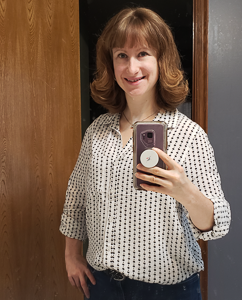 Well, over a month later, I hear that the AGM of my gym wants to step down to pursue other ventures. I already went through all the interviews, so I didn't need to go through them again. So, my boss, the AGM, and I meet to figure out my training schedule. Over the next month or so, I'll meet with the department directors to learn each area's specifics and have that knowledge moving forward.

Not gonna lie; it's been a bit of information overload. The directors have been helpful and are useful resources to go to if I need help. It's just getting through with understanding and crossing the bridge when I get there. My boss and I have sat down and divided up duties between each other so that I'm not doing everything. I will still be doing events and front desk tasks for Summit Norman and more administrative stuff.

My first day as AGM was officially Monday, Sept. 21st, but I was off that Monday and Tuesday. So, technically my first day was Wednesday, Sept. 23rd. In my opinion, it's my second big girl job. It's wild because I didn't initially see myself moving up at Summit. Look at me now. 😊

There's a ton that I'm learning about and will continue to learn as I figure out this job. I hope to grow as a leader and use those skills to the best of my ability. You'll see me more at the gym now, either working or on the walls. Wish me luck because I'm going to need it. Until next time, happy bouldering!