Why We Need More Women in Climbing

Sasha DiGiulian, Nina Williams, Alex Puccio, and Melise Edwards, these are just some of the awesome people who rock the climbing world. In my mind, they symbolize a great feat in womenkind; the growing number of women and people who identify as female in the climbing community. Despite the increase, female climbers are still underrepresented. Here’s why I think this needs to change.

Why Climb with Other Women?

Don’t get me wrong; I have fun when I climb with my husband and guy friends. However, I feel like there is a different dynamic when climbing with women. There’s a sense of camaraderie and support when I’m with them verses with the guys. I somewhat feel more of an “anything you can do; I can do better” with the men. 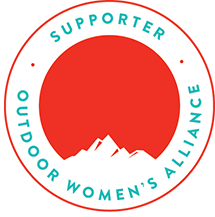 The encouragement and solidarity felt when we climb with other women are why I advocate women-lead climbing events and organizations. Groups such as Outdoor Women’s Alliance, Flash Foxy, and Girls Who Climb encourage women and girls to try new things and get outdoors. They host events for female and female identifying only crushers so that everyone can climb in a safe space. Annually, Flash Foxy holds two women’s climbing festivals in the fall and winter.

OWA and Girls Who Climb have chapters and memberships people can join and attend events. There isn’t one for either in Oklahoma, but I hope that changes in the future. I follow all three of them on Facebook and Instagram. Both Flash Foxy and Girls Who Climb have Facebook pages where women connect and can learn from each other about climbing related topics. It’s cool to see that there are these kinds of groups available for women to participate.

A Very Brief History of Women in Climbing

It’s been thought climbing like many other activities, has been a male-dominated sport. According to Climbing Magazine writer Megan Walsh's article "Can't Keep Her Down: A Consolidated History of Women’s Climbing Achievements", the first recorded female ascent wasn’t until 1799 when Miss Parminter climbed “on” Le Buet (10,157 feet) in the Alps of Savoy. It’s possible there were earlier first female ascents but not documented.

Here in the States, a group of women from Jackson Hole, Wyoming, in 1939 made the first female ascent of Owen-Spalding on the Grand Teton. Women continued to make climbing history with female first ascents over the years. Beverly Johnson and Sibylle Hechtel made the first all-female ascent of El Capitan via the Triple Direct in 1973. My favorite climbing history event is Lynn Hill free climbing the route The Nose on El Cap in 1993. After making the ascent, she famously pronounced, "It goes boys!"

If you get the time, I encourage you to learn more about the women who have broken barriers in climbing history. I’m glad their accomplishments are recorded for anyone to read and listen. Female climbers continue to narrow the gap of representation and achievements in the climbing community.

Now, I know there are many articles on this topic, and it’s a big one to cover. I want to say that the media is getting better about representing women in climbing, but it still has a long way to go. Climbing has been considered a “men only” sport for many years. Women were and yet seen as the weaker sex.

When you look at old articles and videos about climbing, they only have men in them. Thankfully, things have changed. However, women still aren’t shown as active climbers.

Magazines such as Rock and Ice and Climbing Magazine do include more photos and articles about strong female climbers. Others miss the mark. One such example is a photo shoot posted September 2016 on GQ Style’s website. It went with an article about climbing (sort of). The photos were of three male climbers and three female models on location.

Long story short, the men looked cool and strong on the rocks. The women were on the side being eye candy. Woohoo (sarcasm).

I saw the comments and some of the backlash before I saw the photos. So, I had an idea of what the pictures looked like online. When I did see them, I thought “seriously; you’ve got to be kidding me.” To me, it was a slap in the face to female climbers. Hey, we exist, we like our picture taken too.

(Side note: check out Outdoor Research’s spoof of the photo shoot. It’s worth it.)

As I’ve been climbing, I notice this kind of stuff more and more. We need to show each other that women can climb and be good at it. Make it known to publishers and media companies that we want more representation of women in climbing from all walks of life.

Women and girls look up to us whether we notice it or not. When they see us online and in ads, they’ll think “if she can do it, I can too.” About 40% of climbers are female or identify as female. Let’s keep that number growing and build the kinship up.

We’re not just a pretty face; we crush it just as much as guys do.

Until next time, happy bouldering.