A Tale of Two Climbing Gyms

Not sure if you have heard but there’s a new climbing gym in town. 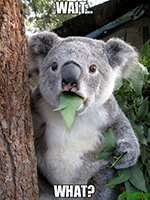 My co-workers and I had the “wait, what?” expression on our faces when we heard the news. My bosses told us in a meeting a couple of weeks ago that Summit Climbing Gym, Yoga, and Fitness from Dallas, Texas is procuring Climb Up.

We were quiet for a while before asking questions. It was a lot to take it. My bosses assured us the transition would be slow because of the work to do on both sides. They told us a press release will be posted on the gym’s website soon for the public to read.

Part of the change is meeting our new managers, who would be there shortly. Wow, I guess this is a good thing. Maybe.

We chatted until the general and regional managers appeared. They introduced themselves and told us they were open to any inquiries. We addressed some of what we asked previously, and they answered back.

Something Brian, the general manager, said stuck out to me. He said, “we are a climber’s climbing gym.” Both worked in the climbing industry and made their way up. He also mentioned that they saw a good product in Climb UP and want to add to it.

They said the owners of Summit knew my bosses, so it wasn’t like they were strangers. Knowing that information made me feel somewhat better. The vibe I got from them was good also.

They did say that the changes would be slow and gradual. They wanted to learn from us how we ran things and asked us if we would do the same. So, everyone would get to know each other. We’d see how this goes.

Getting Through the Growing Pains

The next couple of days were long and hectic for me. It didn’t help that stuff started for us on Labor Day which meant we had a busy gym to handle. I understood the managers wanted to get the ball rolling, but I wished they waited. The week was spent working with Brian: teaching him our methods and systems, explaining who does what, and so forth. He showed us how they do things and giving us a taste of what to come.

In the meantime, Brian sat down with us and talked about our roles at the gym. In my meeting, I met with their events and marketing coordinator, Caillin. She was friendly and knowledgeable about what she does. I could see her as a good mentor since I feel like I don’t have a solid grasp of managing events.

We discussed the upcoming events we had so far for the gyms. Caillin explained how she plans her events out in advance and her hierarchy of coordinators at the multiple gyms. I thought Caillin had a thoughtful and well-executed structure. She admitted though that coordinating gyms out of state was new for her, so she would have to adjust as well. Overall, I was glad I got to talk and looked forward to working with her.

Unexpectedly, my crew heard about a routesetting team coming up and resetting the gym. The guys stripped and routesetted both the bouldering and roped areas in two days. I was annoyed that the two problems I set the previous Friday weren’t up for long. Not a slow change in my mind at all.

I guess one thing that smoothed some stuff over was later in the week; we got an inventory of new gear in the Norman and Oklahoma City gyms. It was nice to see the items on the shelves.

As I mentioned earlier, things are weird at the gyms. It will be a while before we can get to a state of normalcy. The work atmosphere is different since the managers are here. Plus, there’s a lot of new stuff to learn for the future.

How do I feel about the acquisition? I think it’s going to be different for the first couple of months or so because of the adjustments. However, I think it will be better for us in the long run. With the resources Summit has, we can make a good thing great.

I hope with Caillin’s help; I can become a skilled coordinator. It would be awesome to have another person in Norman or OKC with me. I guess though; I’m still doing the events mainly by myself here. So, I need all the help I can get and do a decent job.

With the upcoming changes, I’ll keep you updated with what’s going on. Wish me luck that work goes well and smoothly. Until next time, happy bouldering!